Nimble Fumblings of a Mom, Wife, and Quirky Creative

Spruce the Goose: The Persuasive Power of Putting Your Face On

I’ve been enforcing a new House Rule for Lent, but I think I’m going to keep it as a permanent tradition in our home. **Read the back-story HERE**

It’s really been great! I feel much more present. My kids have been insanely cooperative. We’ve been going to bed earlier and I’ve been sleeping MUCH better. And most importantly (the main reason this new rule started), I’ve been spending more time in prayer, both before bed and in the morning when I wake up.

I have a legit addiction to my phone, so it has been hard for me to stay away from it. I’ve slipped up a few times, but I’m trying to get better. Hub has been assigned as my parole officer.

Reese Witherspoon Made Me Do It 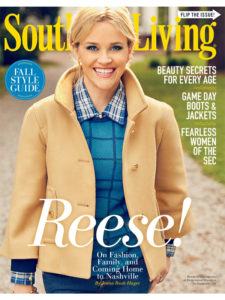 Before the days of Pinterest and mobile-friendly Internet browsing, I used to love reading lifestyle magazines. Southern Living, Midwest Living, Better Homes and Gardens, Cooking Light, Women’s Health… every time I received one of these in the mail felt like Christmas.

I got my first iPhone a couple of months after Will was born. That was 5 1/2 years ago. I discovered Pinterest not long after that, and my once-cherished magazines fell from grace. I still had subscriptions for a while, but I never opened many of them. I just put them on a shelf to “read later.”

So the first week with our new Screen-Free rule, I was going through Pinterest withdrawals. I needed a visual fix. And that’s when I remembered all my unopened magazines from years ago. I went to my desk and found a Southern Living issue from September 2015. Reese Witherspoon adorned the cover. I like Reese, so I opened it up.

A few pages in, I found an interview written by Jenna Bush Hager (I’m also a fan of Jenna on the Today Show). It was entitled “REESE on the Secrets of Southern Style”

It starts out discussing her clothing store in Nashville, Tennessee called Draper James (named after her paternal grandparents). 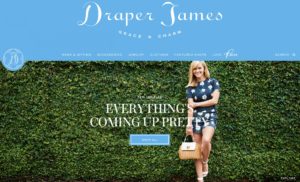 She goes on discuss her attitude about style…

“I wanted to dig into the question of why Southern women dress the way we do. Why don’t we walk around in sweatpants? Why do we wear makeup everywhere? It’s just how we were raised. My grandmother would always say things like “SPRUCE THE GOOSE” and “PUT YOUR FACE ON.””

“My grandmother was so ELEGANT. She didn’t have a lot of dresses or anything, but she always looked PUT TOGETHER.”

For some reason, this just got me thinking. I wasn’t “raised” with that kind of cultural mentality. My mother was a dirt-loving farmer’s daughter.  When we were kids, she worked with my dad in the cattle fields and drove a tractor. She cared much more about raising daughters with a strong work ethic than she did about our sense of style. And that rearing has served me well in life.

However, I have always felt like it was important to put some effort into my appearance. I don’t think I learned it. It just seems like common sense to me.

I almost never leave my house without at least some mascara and a dusting of bronzer on my cheeks. I do NOT go out in public in my jammie pants (unless my jammies are fleece-lined leggings…those are perfectly acceptable to wear everywhere). And if I only have 2 minutes to get ready, I’ll put in a pair of pearl stud earrings, blast my roots with dry shampoo and whip my hair up into a tousled bun. 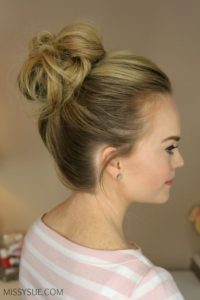 It doesn’t take that much effort, but I FEEL better when I put myself together a little bit.

And it’s not about vanity. I read a quote somewhere that said something like, “Dressing well is a form of respect.” And I’d say I agree. I don’t know about dressing “well,” but at least putting forth a little more effort than just rolling straight out of bed. I think it conveys self-respect, as well as respect for others. It communicates your energy and level of conscientiousness. 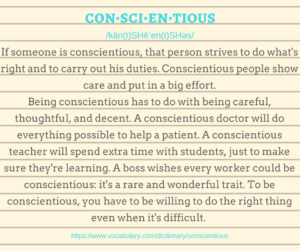 Now, I’m not saying that I always (or ever!) look like a million bucks. I’m a simple girl. I buy cheap sunglasses and bargain tote bags. Most of my wardrobe was purchased at Target alongside diapers and sippy cups. But putting on a bra and some sort of coordinated apparel (workout clothes count, in my humble opinion), sets a positive tone for your interaction with the world.

This isn’t just a lady message here. The same concept applies to dudes. I can honestly tell you that the whole un-kept beard trend thing that is happening right now…I don’t like it. Please trim that shit up. We went to a bluegrass concert in St. Louis last week and the amount of fuzziness in that room was disturbing. Some of that facial hair looked like it could be harboring varmints. 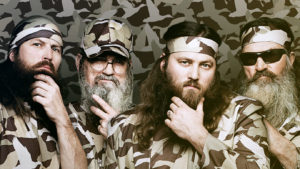 I guess the Duck Dynasty guys can get away with it because it’s like their signature look or whatever, but the rest of you…especially city-livin’ hipsters. Nope. You’re not allowed.

Just a little bit of maintenance. That’s all I’m saying.

What Do You Think?

Honestly, I’m not exactly sure why I felt compelled to write on this topic, other than it’s fun to say, “Spruce the Goose.”

But I would like to hear your opinions on this topic, whether you agree or disagree. Connect with our community on Facebook or post your comments below.

As always, thanks for stopping by!

Take It With You When You Go, Part 1

Theme by Anders Noren — Up ↑